Shopping Cart
Your Cart is Empty
Quantity:
Subtotal
Taxes
Shipping
Total
There was an error with PayPalClick here to try again

Thank you for your business!You should be receiving an order confirmation from Paypal shortly.Exit Shopping Cart

Robert (GCH Camio's Charred Oak) has had 20 group placements in 2019 with limited showing.

These include 3 Group wins under:

Stay tuned for updates about Robert

Robert (GCH Camio's Charred Oak) has had 6 group placements in 2019 with limited showing.

These include a Group One under Judge Mr. William de Villeneuve.

In Michigan at The Terrier Club of Michigan on September 28, 2018, under Judge Patricia Keenan, Camio's Charred Oak (Robert) was Winners Dog and Best of Winners, as well as Best of Opposite Sex over two Specials. The unexpected larger number of points finished Robert who is now CH Camio's Charred Oak.

At the Terrier Club of Michigan , Robert's litter mate, Camio's Her Royal Hotness (Pippa) was Winners Bitch for her first major.

On Sunday, Septemberr 30, 2018, at Monroe Kennel Club under Judge Peggy Beisel-McIllwaine, Camio's Her Royal Hotness was awarded Winners Bitch and Best of Opposite Sex, for a third major.

From Michigan we made a short trip home to check on things, and then we were off to Pennsylvania for the Montgomery County Weekend.

Hatboro I under Judge Linda Reece, Camio's Her Royal Hotness was awarded Winners Bitch for another major.

Hatboro II under Judge Daryl Vice, Camio's Her Royal Hotness was awarded Winners Bitch for her final major and became a new Champion.

Montgomery County KC under Sweepstakes Judge Nicky Conroy, Camio's Her Royal Hotness was awarded Best in Sweepstakes and made the final cut in Best of Breed Competition.

Camio's Charred Oak won his class in Sweepstakes and was second in the BBE Class.

What a wonderful two weeks!

The results of the 2018 National Specialty (May 5, 2018) are just now beginning to sink in. A special thanks to my Phoenix, CH Camio's Educated Guess. All dogs listed below are her descendants. At 12 years old, she is still my co-pilot in more ways than one.

Under National Specialty Judge, Mr. Edd Bivin, " Eddie" (GCHG Camio's Educated Exemplar) was awarded SEL Dog (CH Abbedale Brass Tacks x CH Camio's Educated Guess) This makes his second SEL and two AOMs one at the National and the other at Westminster KC. He will turn 7 years old on 6/7/18. In 2012, he won Norwich Terrier Club of Greater Chicago Sweepstakes on the specialty weekend.

On Friday AND Sunday, Brenda, CH Camio's Believe It or Not at Half a Bob was SEL. She sat out Saturday to let her Uncle Eddie have his day. So now she has 10 more GCH points. With very limited showing, she now has 20 GCH points (25 required for GCH).

On Sunday, both puppies out of Rosie (GCH Birchbay’s Wildside at Belfyre x GCH Camio's Defying Gravity) were awarded Reserve. Congrats to Diggs (Camio's the Wizard of Ahhhhs) co-owned with Eileen Marie as well as my Camio's Cherry da Bomb for a great weekend

On Monday Rosie and Glinda participated in the Norwich and Norfolk agility trial. Rosie was not quite ready, so no Q for her but she tried hard. Glinda had one Q in Masters Standard and was awarded 2nd place.

Thank you to all the judges who recognized my breeding program with such prestigious wins and to my Norwich friends for their help and support. Congratulations to all who participated and a big thank you to the show committee for their hard work and a very successful show. 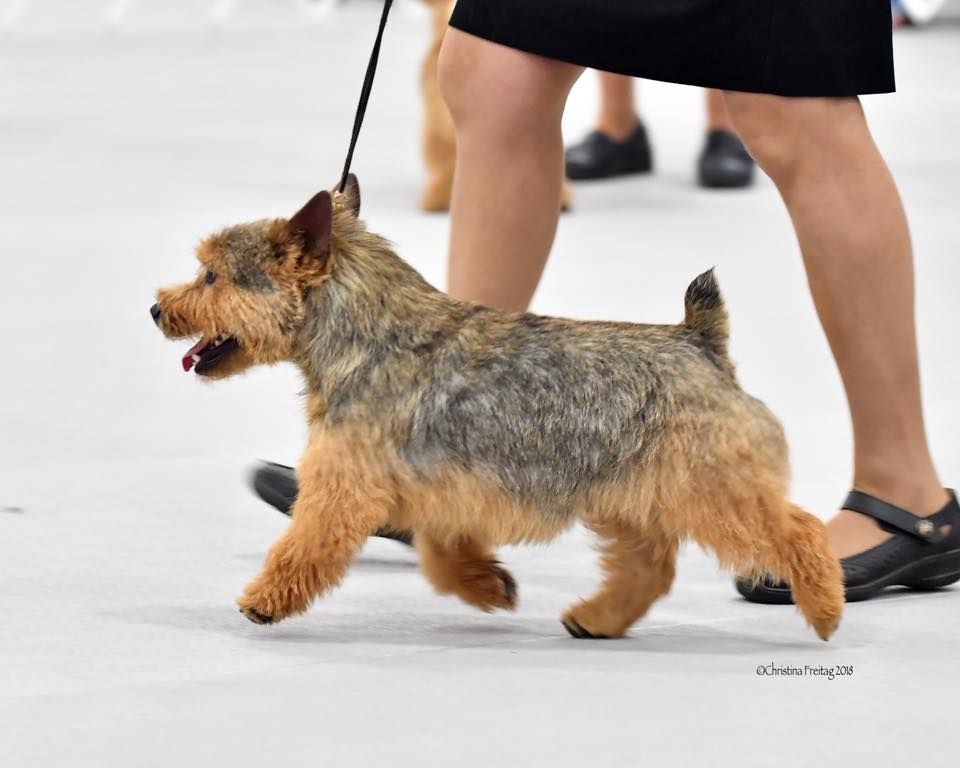 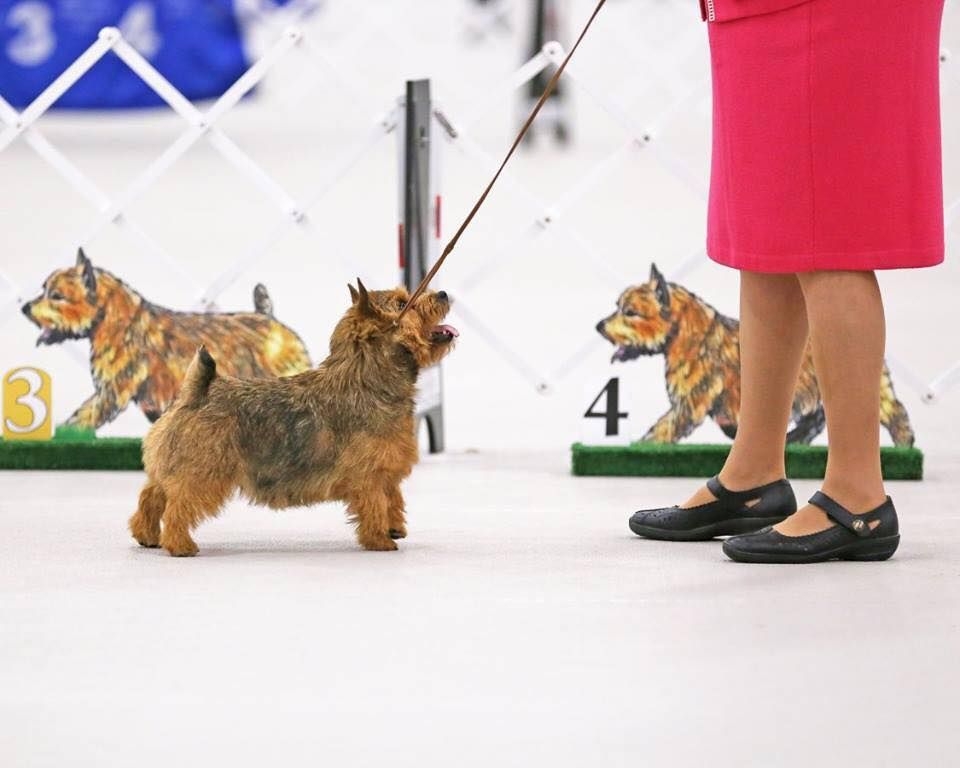 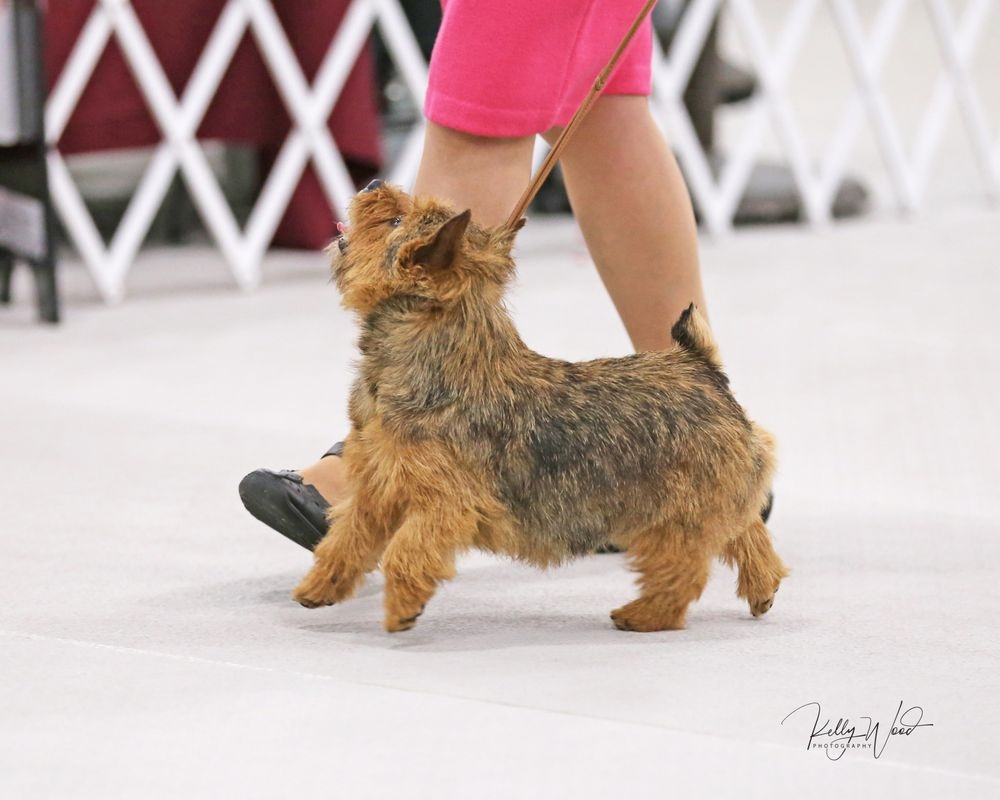 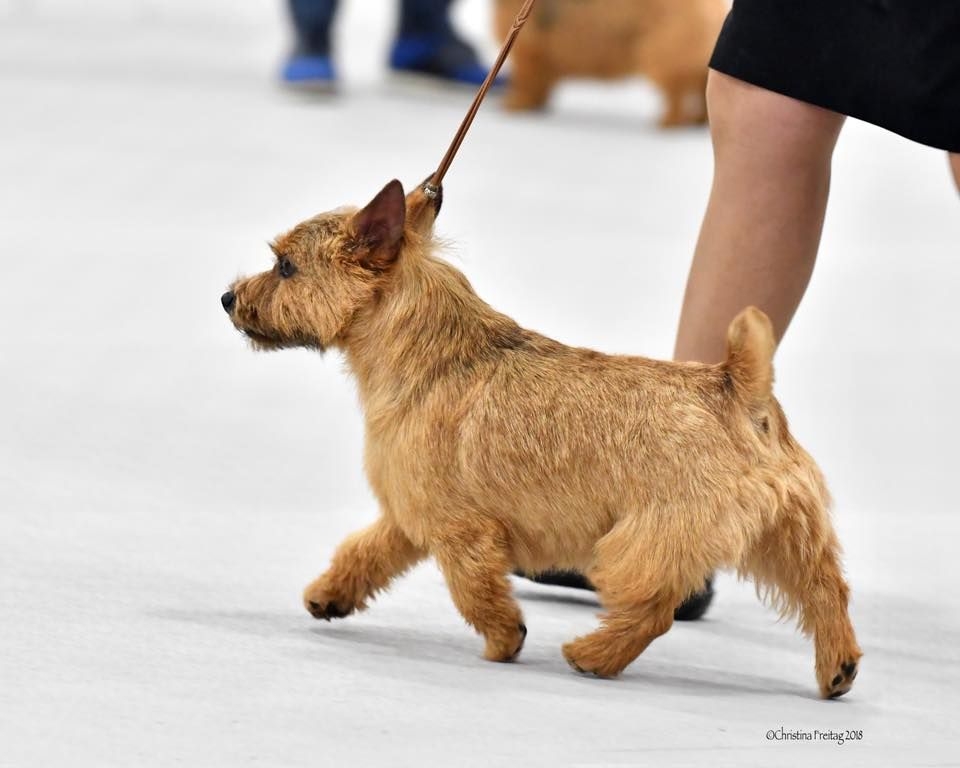 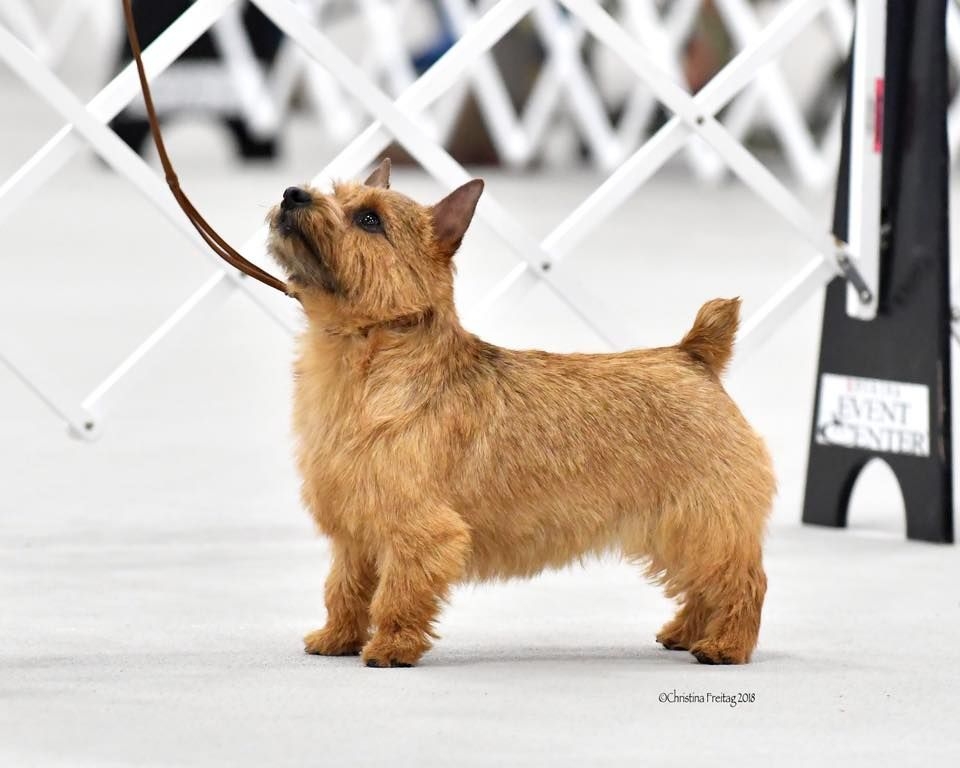